For four decades, the DCU Center in Worcester, Massachusetts has been recognized as the gathering place for people to experience the finest in entertainment, sporting events and public functions. 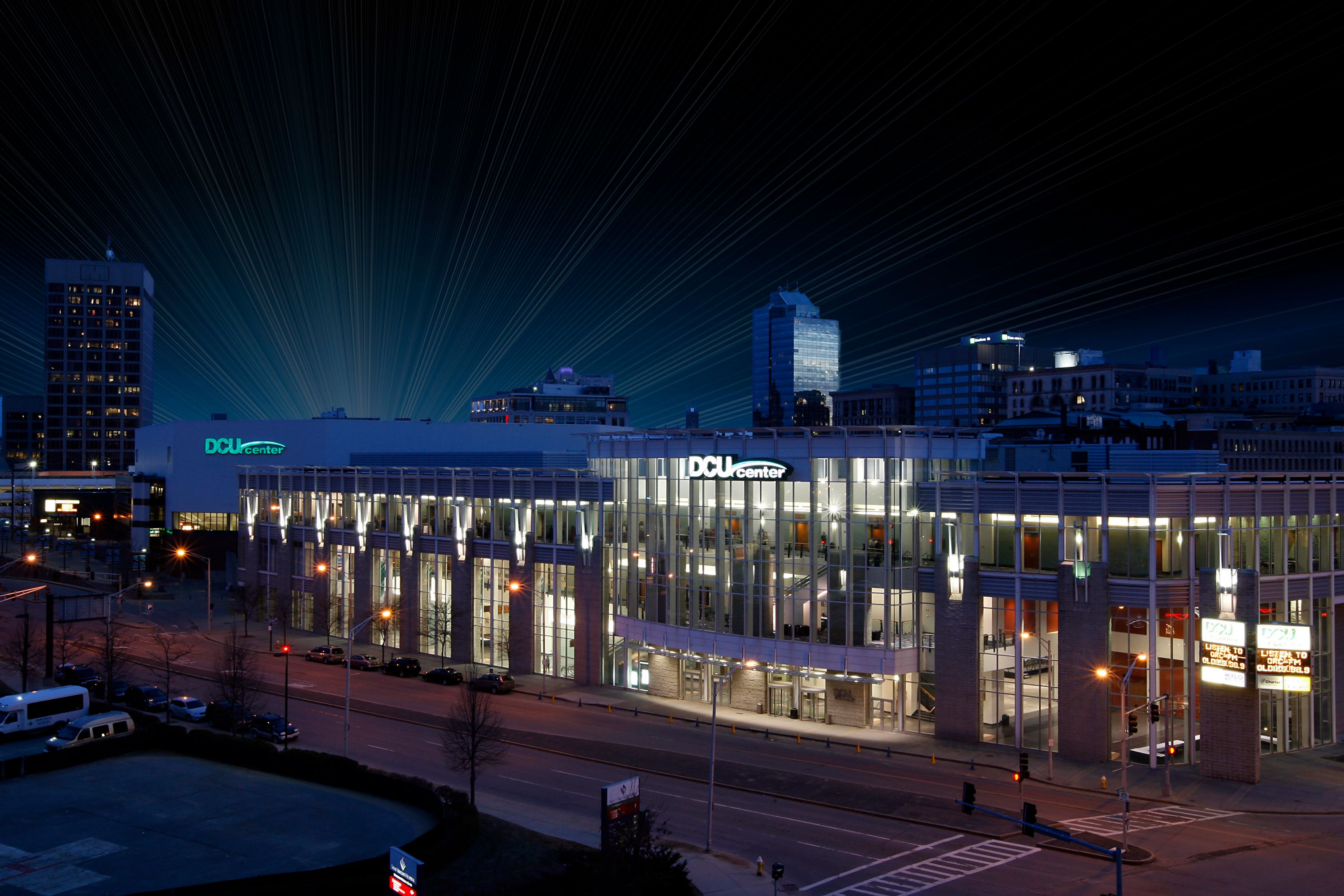 Hailed as one of the most successful entertainment and convention facilities in the nation, the DCU Center opened its doors in September 1982 with the legendary Frank Sinatra Inaugural Concert. Since then, acts of all musical genres have found their way to the arena stage.

The facility expanded in 1997 with the opening of an attached state-of-the-art convention center that features panoramic views of downtown Worcester. The complex, described as an architectural gem, added 50,000 square feet of exhibit space, 11 meeting rooms, a 12,144 square foot ballroom (the largest in Central Massachusetts) and a state-of-the-art kitchen. The facility’s 100,000-plus square feet of exhibit space is filled by consumer shows, trade shows, conventions, conferences, and other public and private functions year-round.

In October 2004, DCU (Digital Federal Credit Union) and the City of Worcester entered into a naming rights partnership to rename the arena and convention center to the DCU Center. Digital Federal Credit Union (DCU) is a full-service, not-for-profit financial institution cooperatively owned by and operated for its members. DCU was chartered in October of 1979. Since then, DCU has been chosen as the credit union for employees of more than 900 companies and organizations and their families. DCU serves more than one million members in all 50 states. DCU is headquartered in Marlborough, Massachusetts and has locations in Massachusetts and New Hampshire.

In October 2006, the Worcester Sharks (AHL) debuted and continued to make Worcester their home until 2015, when they transferred to San Jose, California.

During the summer of 2009, the DCU Center underwent the first phase of a multi-year capital improvement project ($8.5M), which included an electrical service upgrade and the complete replacement of the ice surface.

The Arena remained open while the project continued behind the scenes until May 1, 2013, when the DCU Center closed for the final phase of construction. Over a five-month period, the DCU Center underwent a $23 Million Renovation and Expansion project, May 1 – October 1, 2013, and officially reopened with a Ribbon Cutting Ceremony and Public Preview event on October 3, 2013. Elements of the new design include upgrades to both the interior and exterior of the facility and consist of a new façade, digital marquee, a landscaped promenade/entrance, redesigned box office pavilion, an expanded concourse, indoor/outdoor retail space, four luxury event suites and a new concourse-level bar/club area. The cumulative total for the multi-year capital improvement project is $31.5 Million.

Continuing to provide the best possible experience for the promoter, performer and patron, the DCU Center is owned by the City of Worcester and managed by ASM Global, the world's leading private management and developing firm for public assembly facilities. Headquartered in Los Angeles, California and Philadelphia, Pennsylvania, ASM Global is the gold standard in facility management.