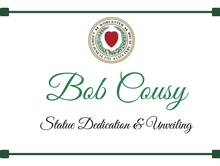 Seating: is for ticketed VIP guests who have received an invitation for the ceremony & post ceremony reception.

Public: The public is invited to come cheer on Bob Cousy in the Street Closure of Foster Street. 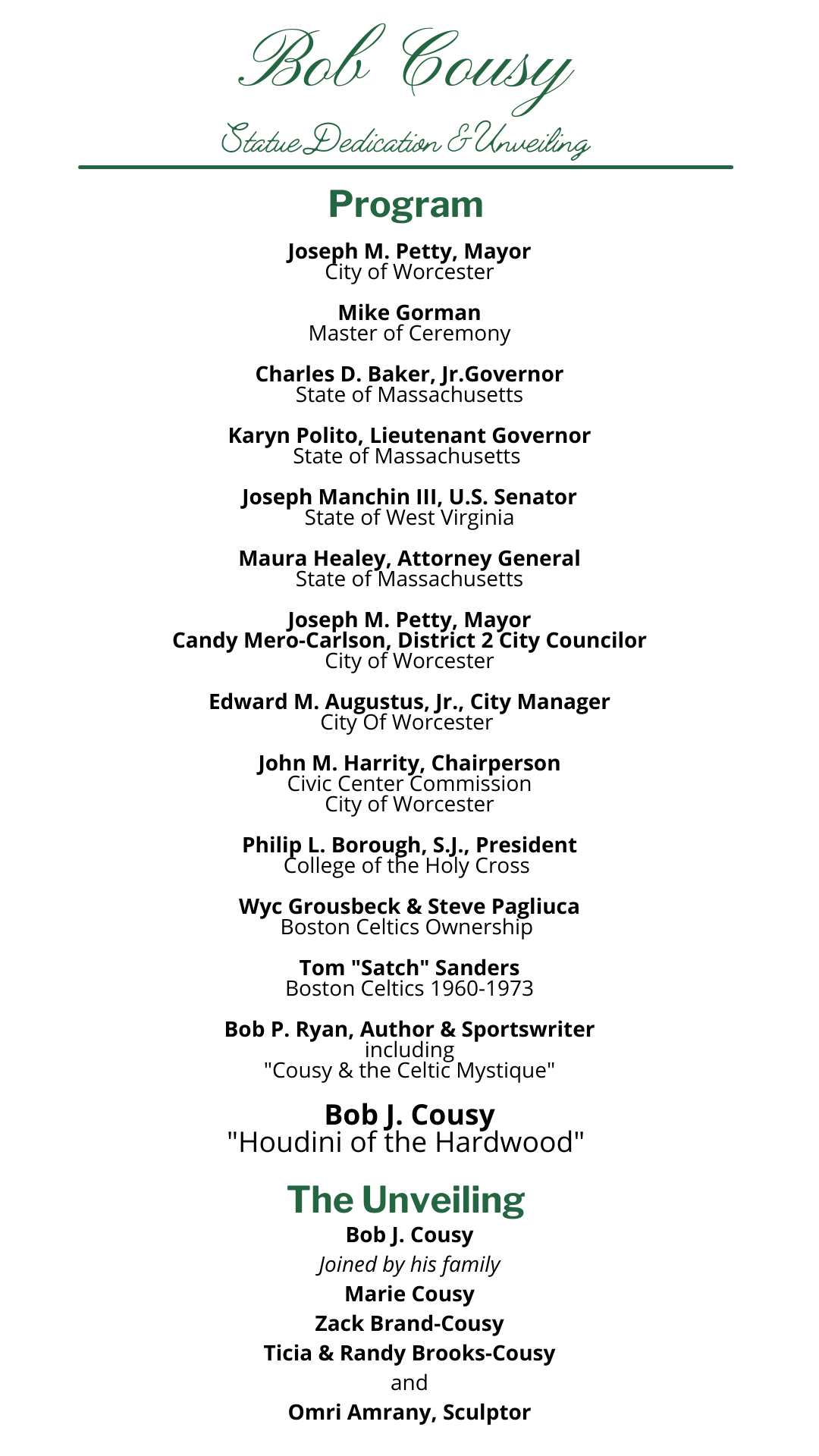 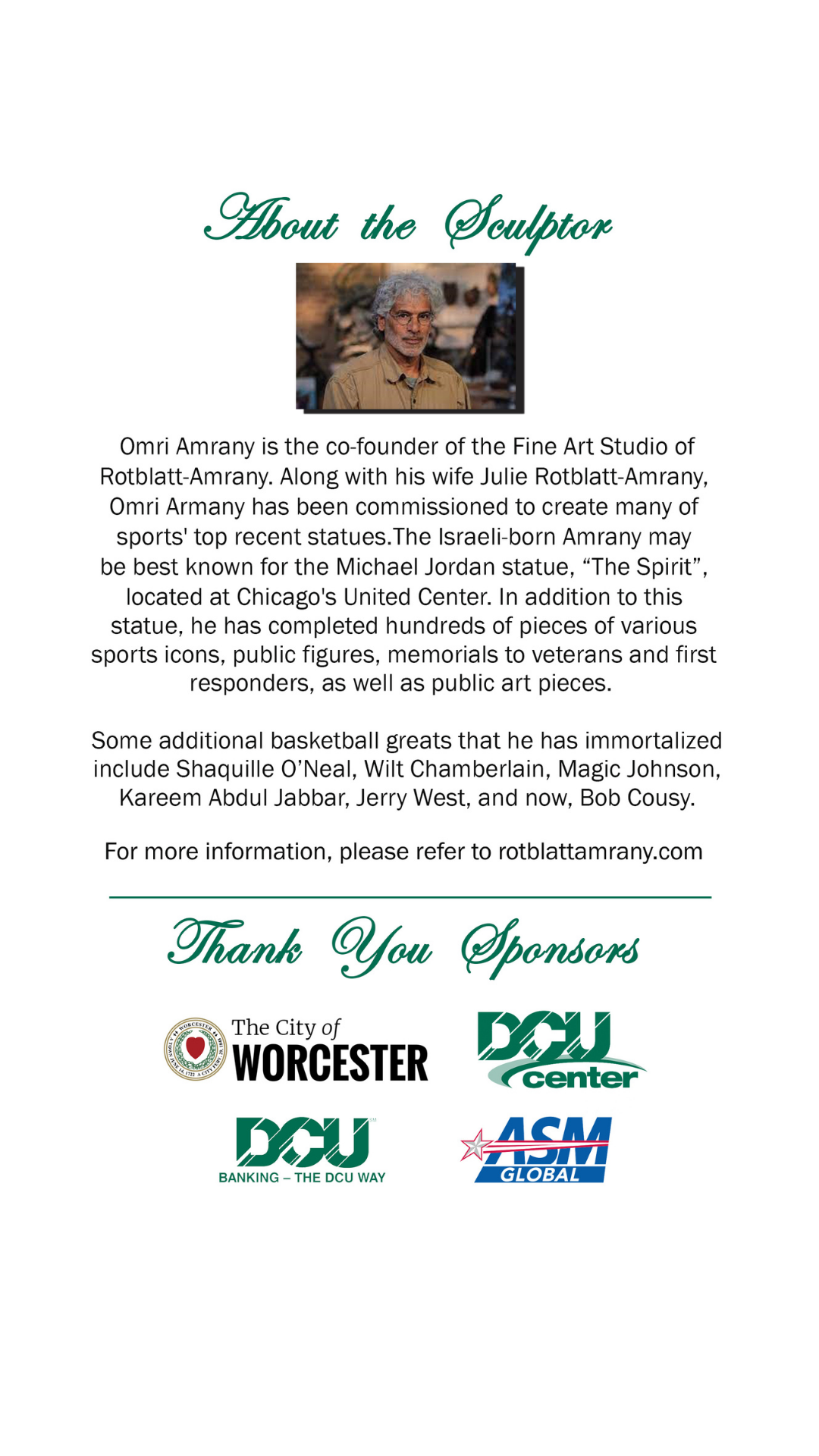 Worcester – The City of Worcester will unveil a statue in honor of basketball legend Bob Cousy during a ceremony to be held Friday, June 18, 2 p.m., at the DCU Center, 50 Foster St.

Known affectionately by fans as “Cooz,” Cousy played college hoops for The College of the Holy Cross in Worcester, and went on to star with the Boston Celtics, helping to turn the once-struggling NBA team into a dynasty. Regarded as one of the greatest guards to ever play the game – and known for his signature, behind-the-back transfer of the basketball when driving to the hoop – he went on to have his number retired by the Celtics and was inducted into the NBA Hall of Fame.

In retirement, Cousy published an autobiography, coached the Boston College men’s basketball team for several years, and coached in the NBA. He also served as a color analyst for the Celtics.

In August 2019, he was awarded the Presidential Medal of Freedom.

Cousy has called Worcester home for more than 70 years. His beloved wife Missie passed away in 2013. Cousy’s daughters, Ticia and Marie, will be in attendance for the unveiling.

Members of the public and media are welcome to attend the ceremony, which will culminate in the unveiling of the statue sculpted by Omri Amrany.