Loving the events coming to Worcester in February

Whether you’re a family of 4 looking for some indoor family fun during the frigid February weekends, or trying to impress your new significant other with a great date or gift idea to celebrate Valentine’s Day, the DCU Center has you covered this month. 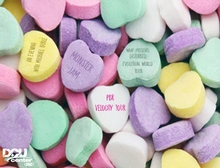 Make your day extra special with a Pit Party Pass! The Monster Jam Triple Threat Series Pit Party provides unprecedented access to the Monster Jam trucks and drivers.  This unique experience in the world of motorsports gives you access to see the trucks up close, take pictures, meet the drivers and get their autographs

Returning to DCU Center on Saturday, February 23rd, the Professional Bull Riders Velocity Tour is where dreams of riding on national television on the PBR Unleash The Beast Series begin. Along with showcasing the top elite and up-and-coming bull riders, the PBR Velocity Tour provides a great opportunity for more fans, in additional cities, to experience all the action the PBR has to offer. The PBR Velocity Tour will bring all the high-energy sound, lighting, special effects and entertaining bull riding action that fans witness have come to expect from the PBR.

An Evening With Michael Bublé

Michael  Bublé returns to the DCU Center for a second time on Tuesday, February 26th. This past August  Bublé returned to the stage after a lengthy absence for shows in Dublin, London, and Sydney where he performed for over 150,000 fans. He has won the hearts of fans all over the world with his smooth original songs about love and life, as well as his talent filled versions of well- known cover ballads. Though this show is virtually sold out, there is still limited seating available as well as the chance to treat your sweetheart to the ultimate Michael  Bublé VIP experience.

Every full priced ticket purchased for the tour includes a standard CD or digital copy of Michael’s highly anticipated new album love. love is Michael’s 8th major studio album. The four time Grammy winner has sold over 60 million records of the course of his extraordinary career.

An Evening With Michael  Bublé Tickets are available by clicking here!

Two-time Grammy nominees Disturbed are bringing their Evolution World Tour to the DCU Center. The multi-platinum-selling rock band will be headlining venues across the U.S. and Canada with Three Days Grace supporting.

Evolution has been early drawing rave reviews from fans and critics alike, with Billboard declaring it, “their most diverse album ever and one of their best, on par with their 2002 hit album Believe.”,

The Evolution World Tour will see the band playing an exhilarating mix of classic hits like “Down With The Sickness,” Inside The Fire” and “The Sound Of Silence” along with new tracks such as “Are You Ready” and the recently released “A Reason To Fight.”

Surprise the Disturbed fan in your life with tickets to the show this Valentine’s Day!