Thought the holidays were over? Think again – this Sunday is Beer Can Appreciation Day. We wanted to focus on something other than the impending snow, so we are taking a moment to look back at some of our favorite fun beer cans. 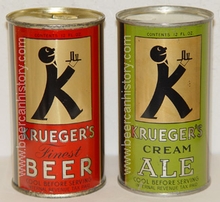 First of all, what is the significance of January 24? Why is this the day to celebrate cool beer cans? It’s their birthday, of course!

According to this article on history.com, canned beer made its debut on this day over 80 years ago. In 1935, the American Can Company got together with the Gottfriend Krueger Brewing Company and delivered 2,000 cans of Krueger’s Finest Beer and Krueger’s Cream Ale to beer aficionados in Richmond, Virginia.

Fun fact: the American Can Company actually canned beer in 1909, but they had to wait for the end of Prohibition to do anything with it. It wasn't until years later in 1933 that they came up with a pressurized design that had a unique coating inside to keep the flavor perfect.

Krueger’s was the first brewer to sell in cans in the United States. The Virginia test sealed the deal – people liked it, and they were going to want more. Three months later, more than 80 percent of distributors were in on the deal. By the end of 1985, over 200 million cans had been produced and sold.

In 2015, canned beer accounts for around half of the $20 billion dollar industry that is beer in the U.S. Beer cans are starting to have their day again – both microbrewers and larger beer-sellers have tapped into the fact that cans “guarantee purity and taste by preventing light damage and oxidation.”

We agree that taste is number one when it comes to beer – but we also love cans with a design that makes us do a double-take. Check out some of our favorite brews in a can! 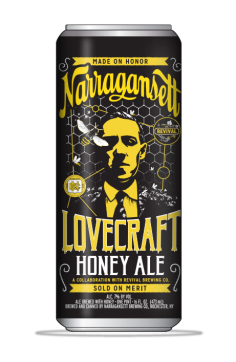 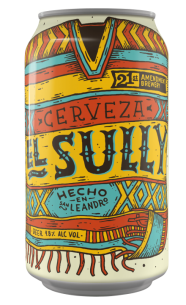 If you liked this blog post, you probably like beer. Have you heard of Brew Woo, Worcester’s Original Craft Beer Festival? The party is happening Saturday, April 2 and goes on sale one week from today on January 29. Go to brewwoo.com for a list of brewers plus information on food, music, and other fun stuff.