As we go into the 13th year of the annual Rock and Shock Horror Convention, we sat down with the one of the producers of the event to find out how they plan and prepare. 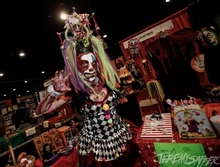 Rock and Shock is Central New England’s largest and most popular horror and music convention. Michael Welch became a volunteer at Rock and Shock in 2008 after being a fan for many years. He enjoyed it so much that he became a Volunteer Coordinator in 2014. Now, he is in charge of recruiting helpers and making sure the fans and guests have an awesome time.

1. Rock and Shock started back in 2004, when we were all still using flip phones and social media was just starting to take off. What was it like in the early days preparing and promoting Rock and Shock and how has that changed with the digital landscape?

It wasn't hard, as we had all the typical media mediums in place at the time to utilize like radio, tv, the website and fliers. We still use all of those mediums, but now with social media being the fastest and easiest way to reach people, we utilize those online tools tremendously. Plus, it is direct contact with people. We really enjoy the engagement with that.

2. How has Rock and Shock changed since its inception and why do you think it’s had the staying power it has?

The answer to both parts of that question is growth. Once the show caught on with fans, it began to expand, and that grew Rock and Shock's reputation with the horror community locally as well as nationally. Vendors began coming in from all over the country, which gave us the ability to expand the amount of space we used in the DCU Center each year, which let us bring in bigger celebrity names in the genre, which attracted more fans from the U.S. and Canada. That cycle kept going year after year and has afforded us the ability to thrive, and it's proof that without the fans we wouldn't have a show.

3. This year’s celebrity lineup consists of some big names - Ricky Rachtman of Headbangers Ball, Malcom Mcdowell from A Clockwork Orange, Matthew Lillard and Skeet Ulrich for the 20th anniversary of SCREAM and so many more. How does your team decide who to book and how far out do you start booking? What are the qualifications for the chosen celebrities?

Once the New England Metal and Hardcore Fest, our other multi-day event each year, is over in April, the focus shifts to Rock and Shock. We have a list of requested guests from the fans that we work from, and we also research if there are any big anniversaries coming up for classic films in case we have the opportunity to do a reunion. We then talk to the actors directly or through their agents to inquire about availability and work from there. It can be a long process, as an actor's schedule can change at any time, but often when the heartbreak of a lost opportunity happens we are rewarded by another falling into our lap. As for qualifications, our non-music guests should have horror film credits in their resume. And, of course, we have to think a large amount of fans will like them. If that criteria is met we can move forward.

4. Rock and Shock is much more than celebrity sightings and vendors. What are some of the other sights and sounds people can expect to see this year? 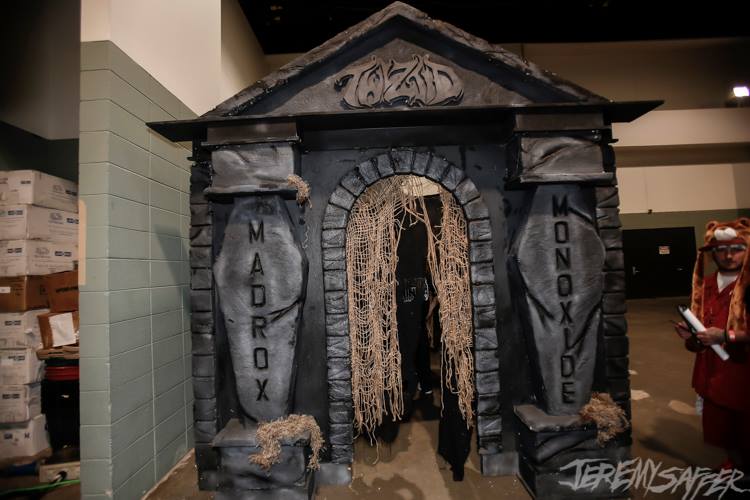 We do our best to make this a huge event, offering different things for fans to experience each day. Once everyone's met the celebs and visited the vendors, they can attend Q&A panels with the guests or take part in professional photo ops with them. They can also commemorate their weekend by getting tattooed. There's the Creative Lair, where they can learn a horror-themed craft or attend a tutorial, and for anyone with small children many of the sessions are geared toward kids. Also, thanks to our friends at the Starz network, on Saturday, October 15th we have a very special screening of three episodes from the new season of Ash vs Evil Dead, and two of the stars, Ray Santiago and Dana DeLorenzo, will be there to sign autographs, introduce the screening and take part in a Q&A after the last episode.

5. Music plays a big part in this festival. ICP, Twiztid and Rob Zombie have all headlined in the past. Who’s on the bill this year?

It wouldn't be Rock and Shock without the concerts at the Palladium, and this year we have a huge amount of bands, headlined by Trivium on Friday, Twiztid on Sunday and for Saturday Max and Iggor Cavalera, formerly of Sepultura, are getting together to perform the band's "Roots" album. Saturday will also see the latest incarnation of The Rocking Dead, which is a revolving lineup of musicians that get together to play one night only, one show only, exclusively at Rock and Shock. This year the lineup includes Ace Von Johnson (Faster Pussycat), Kriz DK (Genitorturers), Max and Iggor, Alan Robert (Life of Agony), Brent Ashley (Combichrist) and maybe some surprise guests, and the set will be hosted by Riki Rachtman (Headbanger's Ball) and Don Jamieson (That Metal Show).

6. Do you encourage people to dress up and is there a prize or reward for best dressed? 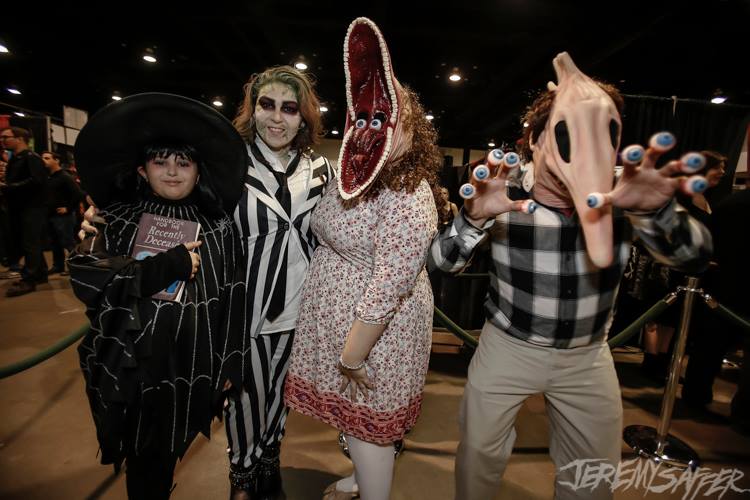 We definitely like seeing costumes, and for the third year we will be having two contests, one for adults on Saturday and one for kids on Sunday. One of the best things about the convention is that it gives horror fans a place to get together and be among like-minded people. In recent years cosplay has really exploded in popularity and we're really thrilled to be able to offer the fans an opportunity to don their best horror costume and enjoy the show among their fellow fans.

7. People often talk about how festivals like this Rock and Shock create economic impact. How much truth is there to that? Do you find many people travel from outside of Central Massachusetts and stay in local hotels?

People travel from across the country and Canada to attend the show. Their loyalty and devotion to the horror genre gives them an enjoyable hobby, which helps our show thrive. From there the venues are supported as well as the local hotels (which sell out each year), the parking lots, area restaurants, etc. This event brings a great deal of support to Worcester and has a very positive impact on the community each year.

8. What is your personal favorite horror flick of all time?

Depending on the day, either Clive Barker's Hellraiser or Rob Zombie's The Devil's Rejects.

9. What are some of the things that make your convention unique? 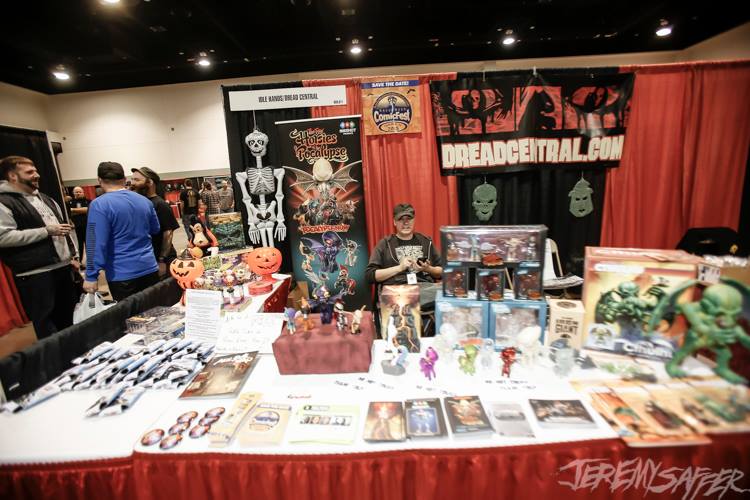 The biggest thing that sets us apart is our ability to have a fully functioning convention at the DCU Center, and then offer a complete concert experience at the other end of the block in a historic venue such as the Palladium. Some conventions have one band play in a hotel, and I'm not knocking that, but it just shows that we are able to give the fans the full treatment for both horror and music, and that is something different in the convention world. Also, alongside all the traveling vendors we have a large amount of local sellers that bring a unique flavor to the show, and while it's thankfully not exclusive to our show, we also offer Service Sunday, which allows all military, police, fire, rescue and other first responders to come to the convention and get up to four tickets free.

By 2020 I'd like to see Rock and Shock be even larger on both the convention and music ends. There are always guests and bands that we've never been able to get, or almost had but something came up. There are always new ideas that haven't come to form yet for ways we can deliver an even better experience to the fans, and we're always thinking, evaluating, and improving.

Photos courtesy of Rock and Shock