Behind The Scenes: KISS Makeovers

1996 was the last time KISS played in town – we were so excited about their return on September 3 that we had to get into character! 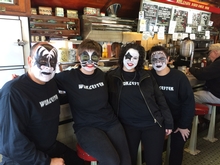 DCU Center Staff and Jessica Walsh, owner of Worcester Wares, teamed up and hit the city streets wearing iconic KISS makeup. The day started out at NKD Waxing, Lashes, and Makeup in Kelley Square for the rock star transformations by Crystal and Kristie. Check out the before and the after! These looks took about one hour each to complete. Did you know Gene Simmons does the makeup on himself? Check out this video to see how he does it. He uses Life Savers to turn his tongue the famous blood red color! 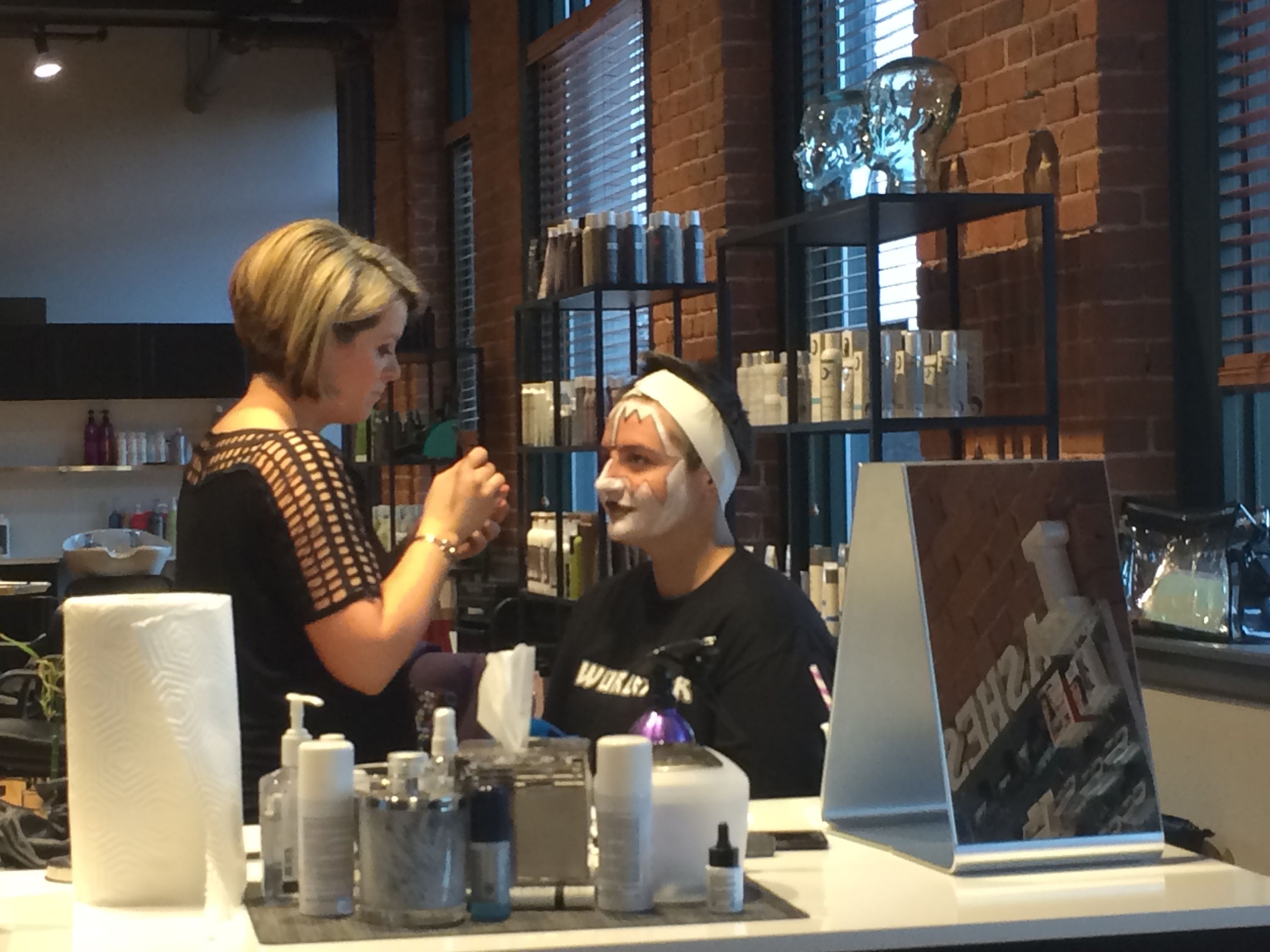 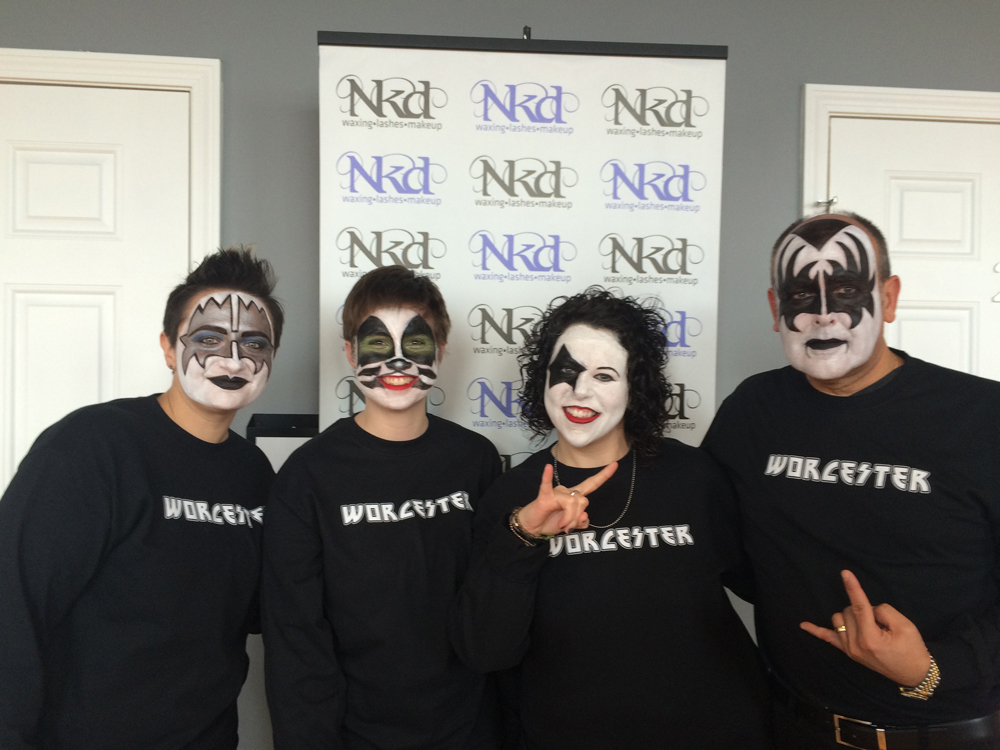 We spread the word about KISS at BirchTree Bread Company, Boulevard Diner, Figs & Pigs Kitchen + Pantry, and a few other favorite local spots. We also brought rock and roll to Boston and explored Quincy Market and Faneuil Hall, letting New England know that the KISS Freedom to Rock tour is coming to Worcester. 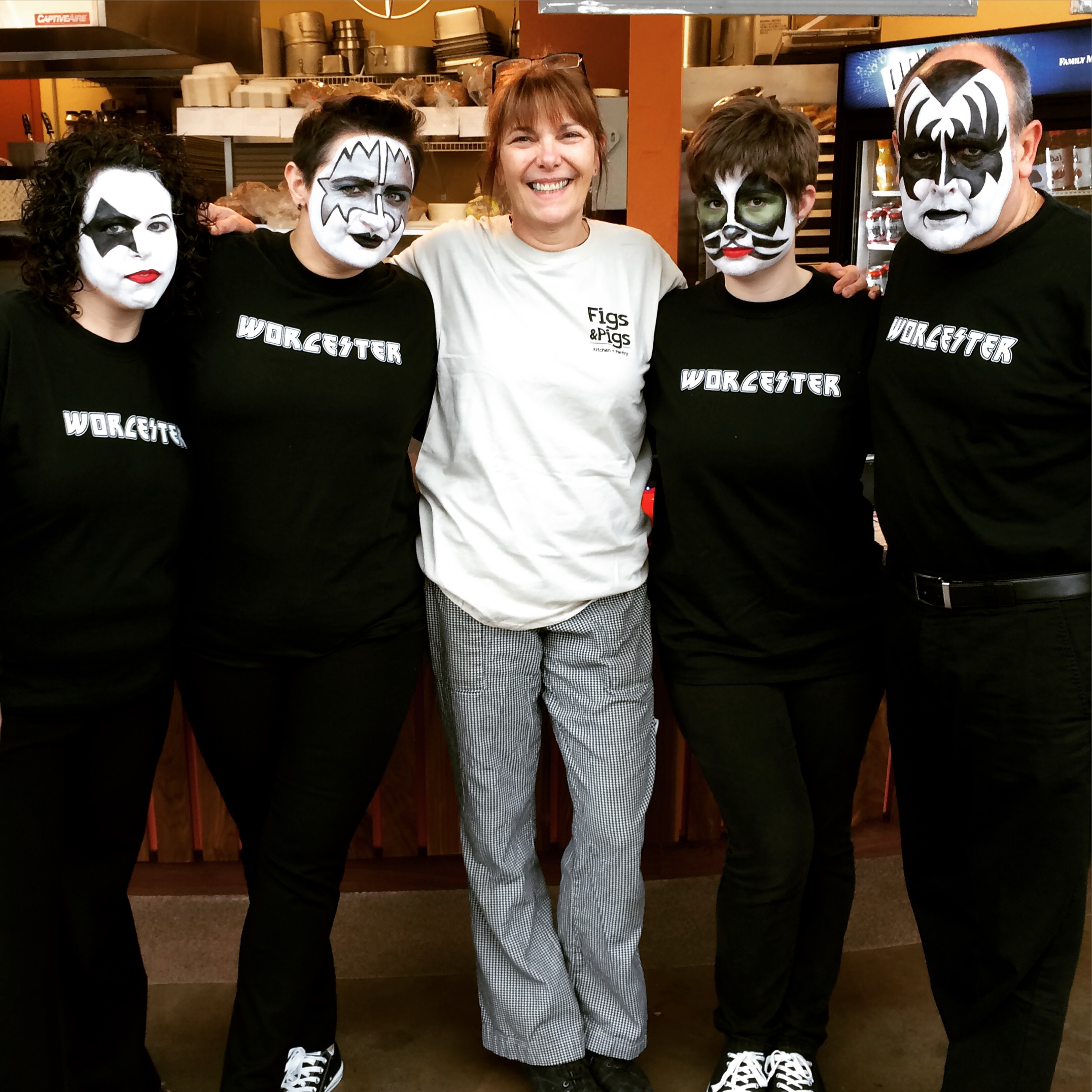 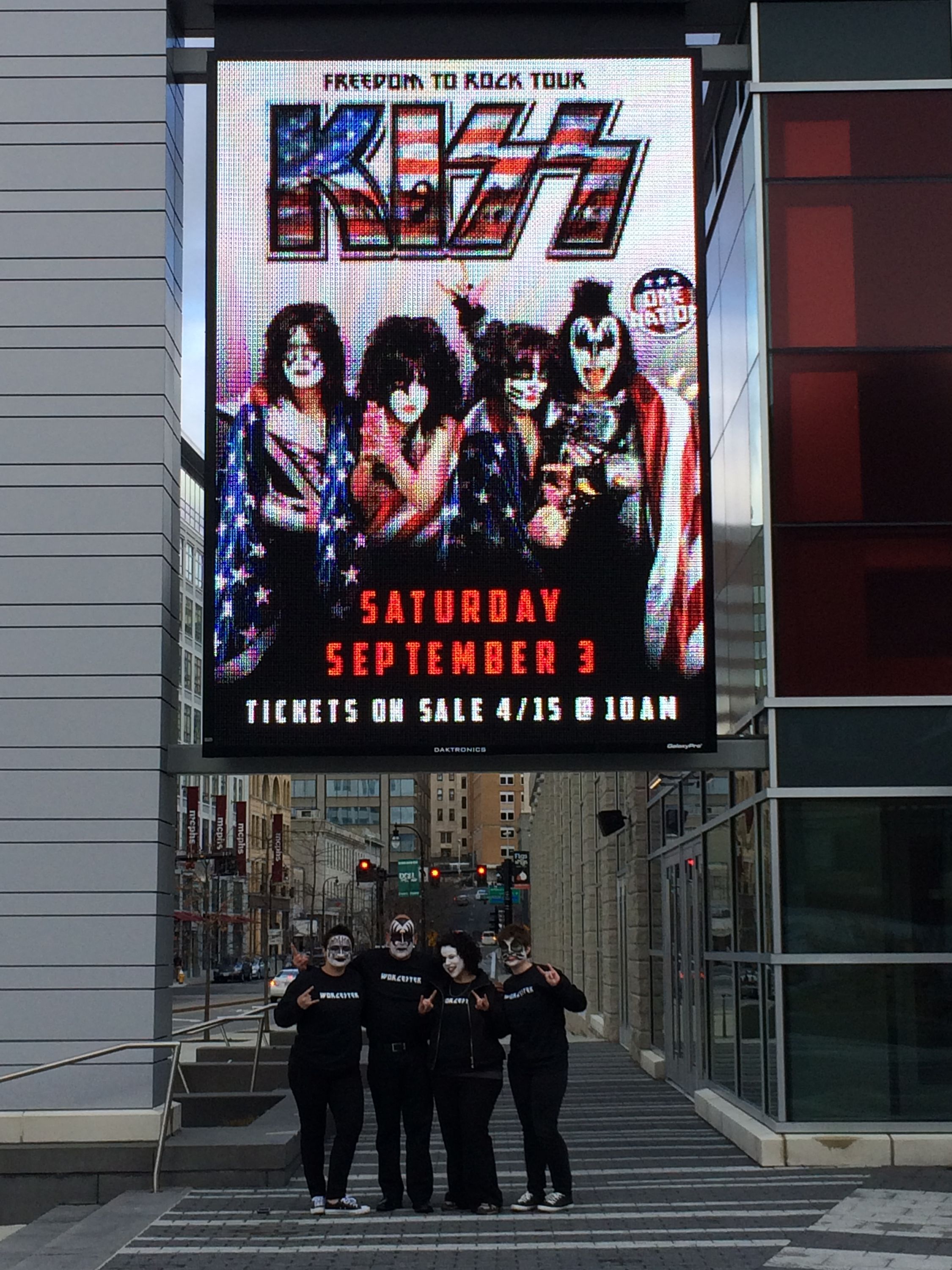 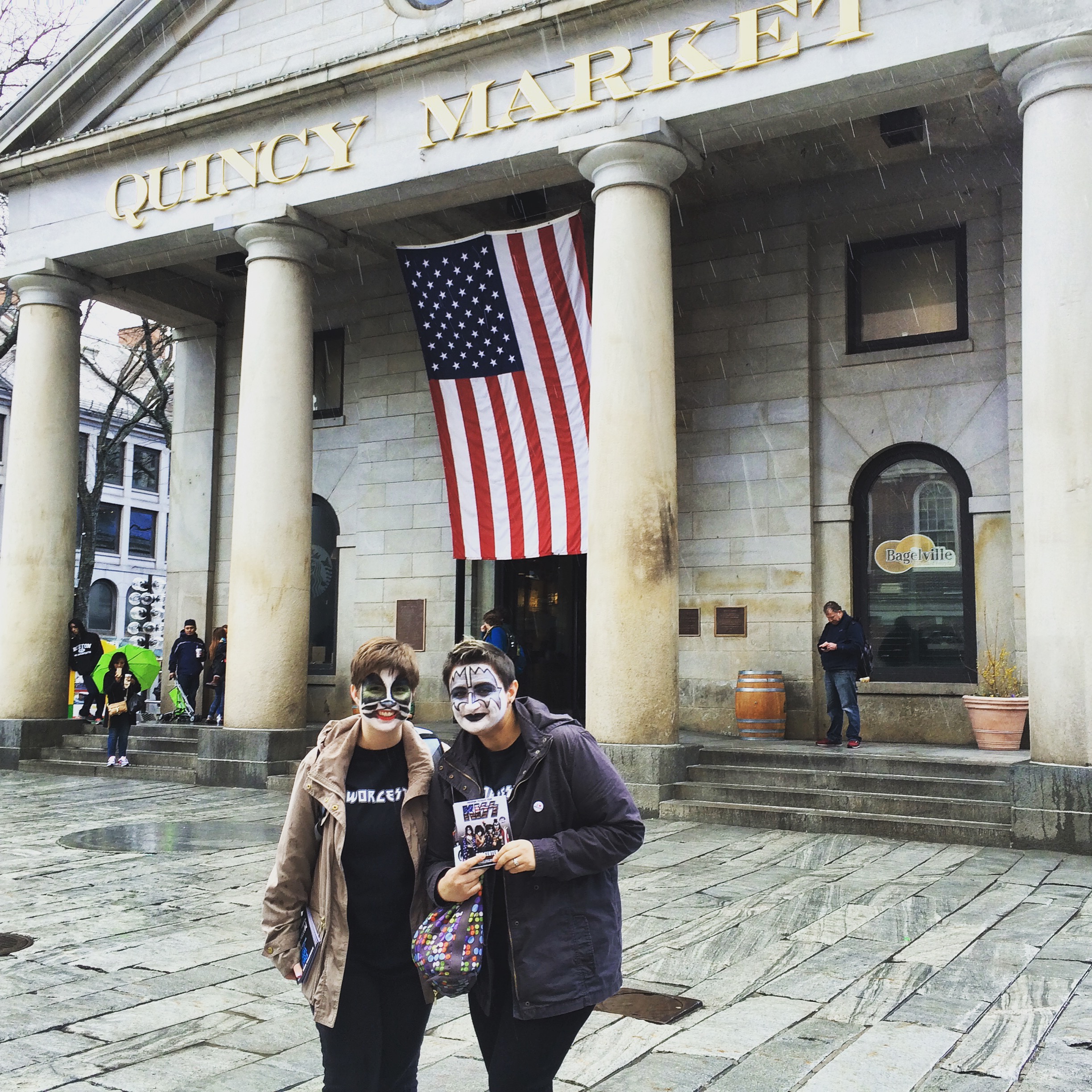 We couldn’t resist a picture with the Hanover Theatre mural by artist Damien Mitchell, especially since Pow Wow Worcester will be in town the same weekend as the concert. The international mural festival is making its East Coast debut August 26-September 14.

If that’s not enough for you, the Massachusetts Tattoo Convention will also be in town September 2-5. Your Labor Day weekend plans are covered!