Back In The Day With Jim: Sold Out Concerts

This week, we went back in the day with Jim Moughan, Assistant General Manager/Director of Sales here at the DCU Center. Jim has been with the venue since it opened in 1982 -- and has lots of stories to share! We are starting this series off with some sold out concert memories. 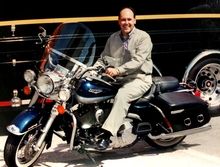 The on sale date for The Who was a secret.

Jim Moughan was one of the few DCU Center staff members who knew about it, and everyone in the Box Office wondered why so many people were scheduled to work that day. “We told them there was a mistake in the scheduling until about 15 minutes prior to going on sale,” Jim remembered. “Then we told them the truth.”

Radio stations were called and told that The Who was just about to go on sale, and announcements immediately went out all over Central Massachusetts.

“I remember going outside with the General Manager and just watching the people come running,” Jim said. “Cars came to screeching stops to let people out.  The line materialized in minutes and there was an unbelievable excitement. People could not believe that The Who was coming to Worcester. It was a wild scene.”

This was back in December of 1982, a time when buying tickets to a soon-to-be sold out concert was a much different experience. Electronic ticketing was a new concept to most people, so when the venue first became operational, the lobby would be packed with a crowd waiting to get their hands on the best tickets. 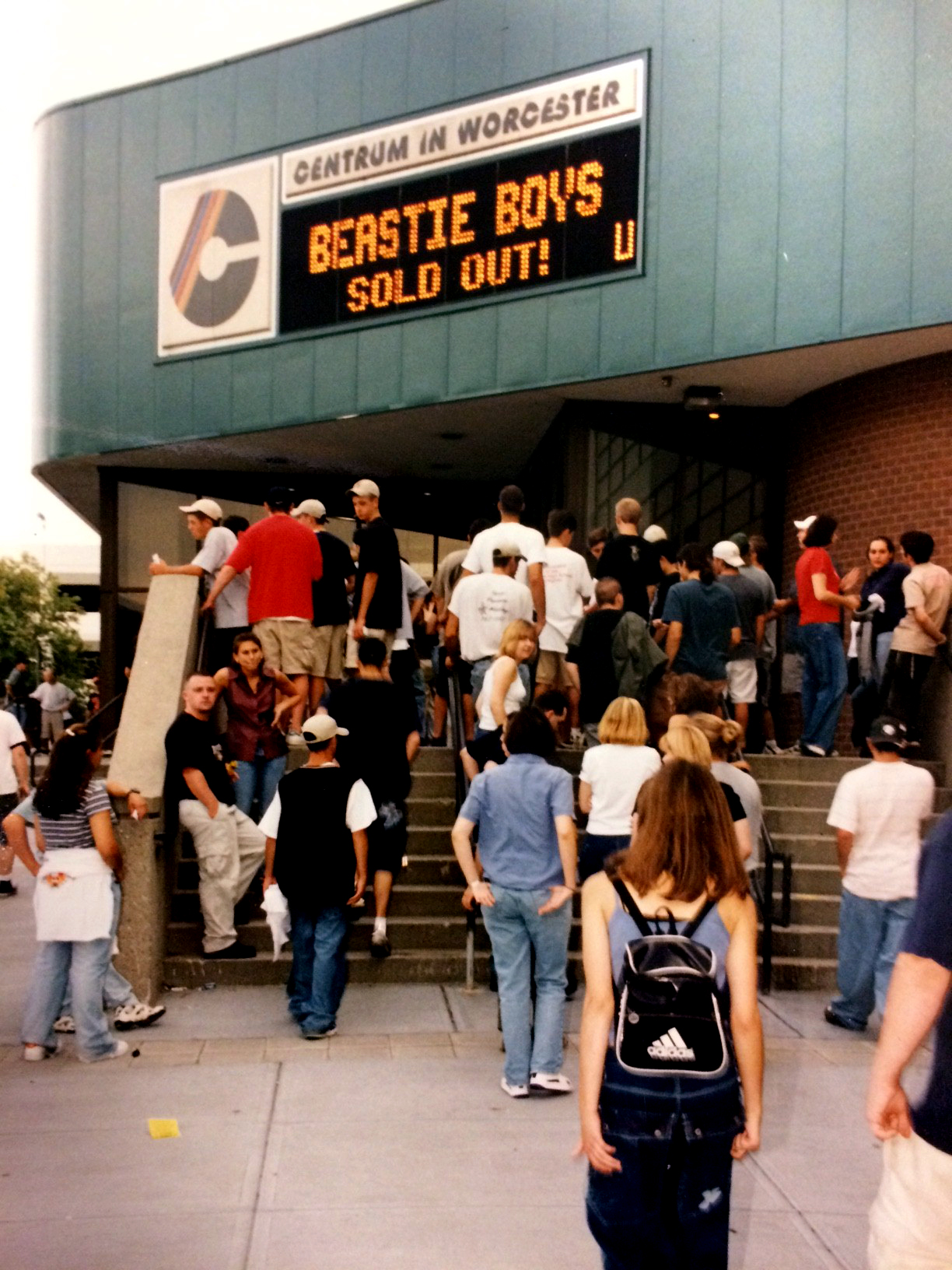 “Some of the longest lines we had were for Kenny Rogers and when we had Cats go on sale,” added Jim.

The day The Who went on sale, the venue was still working on getting everything organized behind the scenes.

“When we first opened, we didn’t have all of our office furniture in, so we had staff counting money on upside down cardboard boxes and folding tables,” Jim said. “Not as many people had credit cards, so the majority of ticket sales were in cash.” He remembered counting up to $50,000 by hand—a far cry from the digital systems in place today. Another major difference? A $15.00 ticket was considered expensive!

There were times when people arrived almost a week away from the moment of the on-sale, camping on the street and along the side of the DCU Center. Anywhere from 10 to 50 people could be seen on Commercial and Foster Streets. Sometimes, things got “a little testy” among eager concert-goers, so the decision was made to institute a “wristband system”.

“Wristbands were once used to line people up outside the building for an on sale,” Jim explained. “What would happen is when a show was officially announced, we would have numerically numbered wristbands available at the Box Office for patrons. They had to show up with the wristband still on to have a place in line for the initial on sale date here at the building.  This was put in place to alleviate the overnight camping that was taking place and to try and fight the scalpers, because they would come early in the morning of an on sale and try to control the line themselves.” 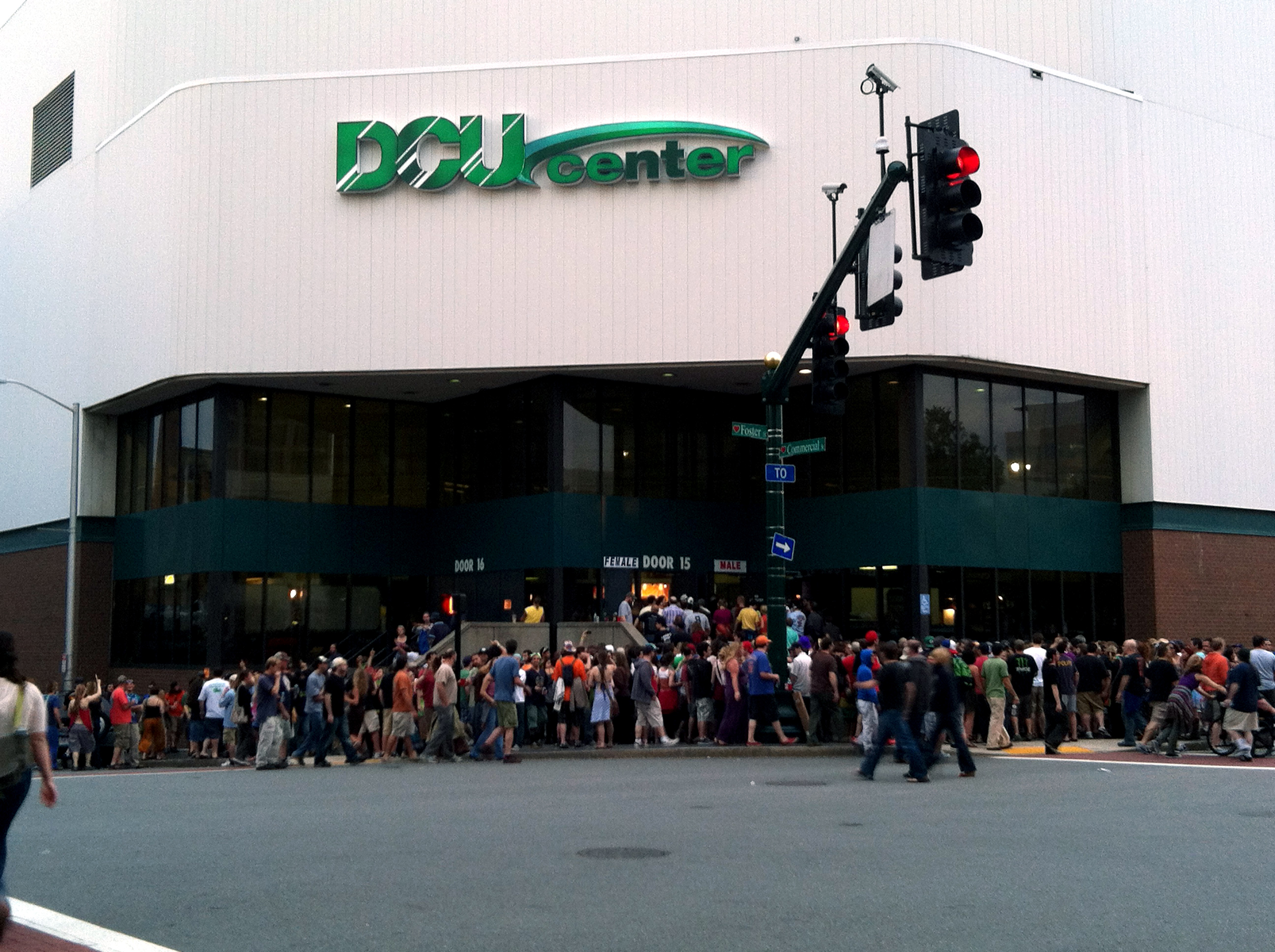 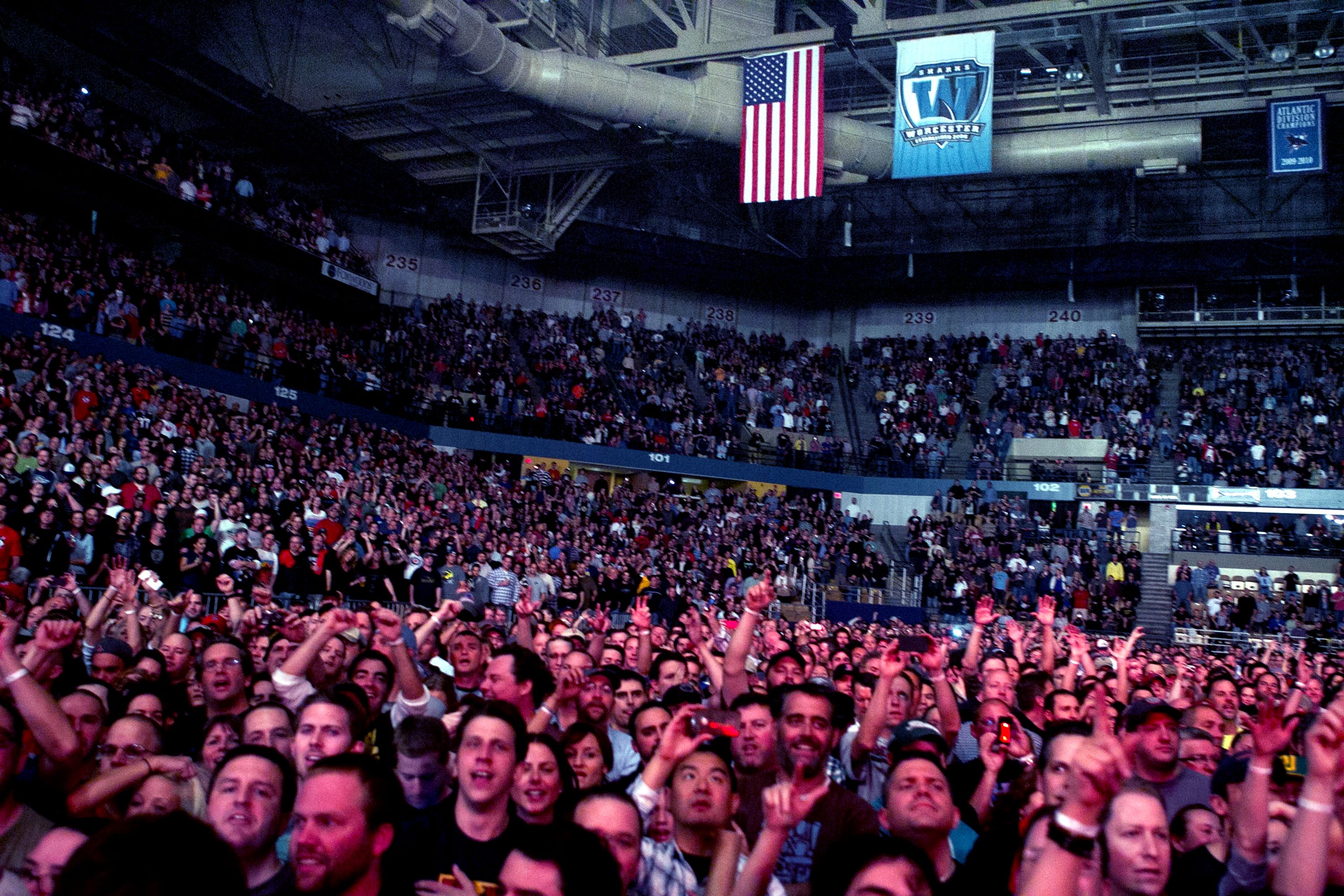 What do you think – does this make you want to travel back in time and camp out before a concert? Or are you a fan of Ticketmaster on your iPhone?

One thing is for sure – concerts will always be selling out, no matter how we get our tickets. 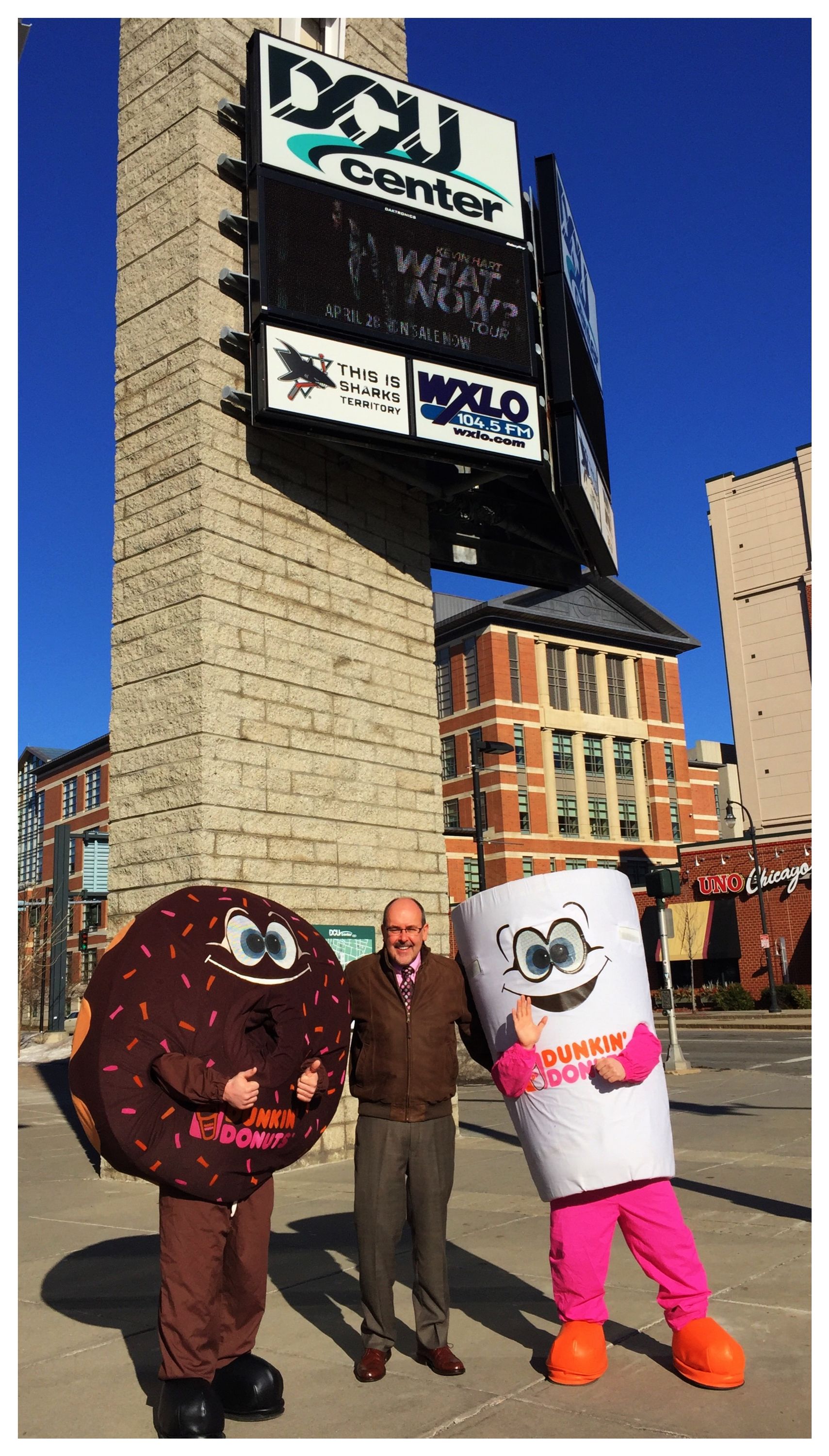 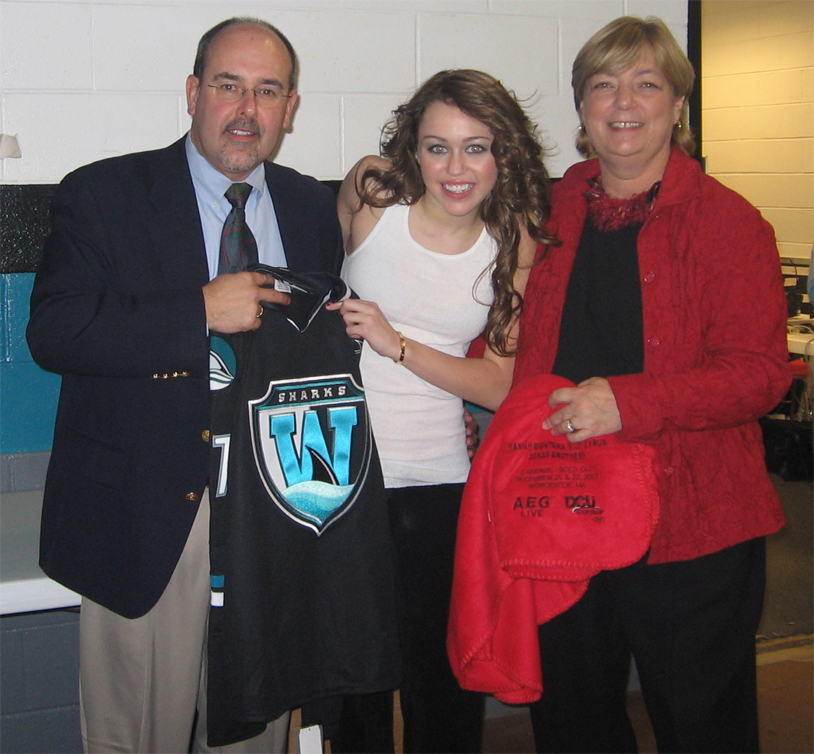 Jim Moughan was born in Newburyport, but grew up in Leicester.  He graduated from Assumption College in 1981. During his college years, he worked as an usher for Webster Square Cinemas, being promoted to Assistant Manager within six months. He soon moved to Showcase Downtown (now the Hanover Theatre) and worked as a full time manager for one year post-college.

He started at the Centrum in 1982 as the first Assistant Box Office Manager three weeks before the building opened. From there, he became Box Office Manager, then Director of Ticketing for the Centrum’s management company, SMG. Fast-forward to 2016—Jim is the Assistant General Manager/Director of Sales for the DCU Center. He lives in Holden with his wife, Beth, and three kids: Jimmy, Alyssa, and Caitlin. His favorite sold out show?

“It’s hard to say. There were so many. The Who was great…New Year’s with Pavarotti in 1985 was great. Billy Joel and Springsteen were all memorable for different reasons.”