What does a craft beer festival, a wicked Swedish metal band, neo-bluegrass, and a horror convention have in common? The answer: fall at the DCU Center, and it will be anything but ordinary. 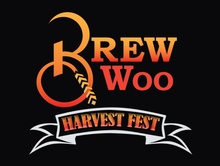 We have barely dug into September, but as forward thinking New Englanders, we cannot help but crack open the next seasonal chapter, and that chapter happens to be fall—our favorite. Joining in on the autumn fun, the DCU Center has an impressive and diverse fall lineup that pairs well with any pumpkin spice brew, small town Americana, and, of course, our beloved Halloween.

We think it is pretty easy to get into the spirit of the season at the DCU Center, and if you don’t believe us just yet, check out these events happening in the apple-scented months to come.

The neo-bluegrass rock & rollers are coming to the Arena on October 4, with special guest Lake Street Dive. What’s exciting about this show is the timing: their upcoming studio album Closer Than Together will be released on the very same day, guaranteeing an concert experience you will not have anywhere else. Be sure to get your tickets HERE.

MassConcerts, New England’s largest indie concert promoter is bringing the 11th Annual Rock & Shock horror convention to the DCU Center. Fans of the genre will have a chance to meet their favorite horror film actors; like horror legends Bruce Campbell (Evil Dead, Ash vs. Evil Dead) and Felissa Rose (Sleepaway Camp), directors, writers—and of course—rock bands, which are slated to play during the daytime. This experience promises to be out of the ordinary, and we think that’s on brand for the month of October. On top of that, it should even have you home in time for a bowl of popcorn and a horror flick before bedtime. Get your passes HERE.

On their 2019 North American tour: The Ultimate Tour Named Death—the theatrical, metal and Grammy award-winning Swedish band, Ghost, will play the Arena with a wickedly, over-the-top performance fit for an October backdrop. Get your tickets HERE.

The 2019 Brew Woo Harvest Fest is coming back to the Convention Center on October 26th! This will be the second, fall edition of Worcester’s original craft beer festival and we’ve got a full itinerary for the beer-loving masses expected to arrive in mostly flannel eager to try the best of what the local brewers have to offer. It’ll be a Harvest Fest vibe we know all too well, with live music, some wicked good food truck fare, super cool beer-centric artisan vendors, and a few surprises you can only find at a Brew Woo Harvest Fest at the DCU Center. 21+ event. No babies or children allowed. Get your tickets HERE.